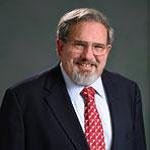 Chair of Advisory Board

Gary Hoffman has over 40 years of practice in Intellectual Property. He participated as lead counsel in over 160 patent litigation lawsuits. He chaired Working Group 10 and vice-chairs Working Group 9 of The Sedona Conference and currently has emeritus status. He is active on the Litigation Committee of IPO and served for 12 years on IPO’s Amicus Committee and authored many Amicus Briefs. He received the IPO Distinguished Service Award and The Sedona Conference Volunteer of the Year Award.

Ms. Summers represents clients in domestic and international intellectual property matters with a global focus in U.S., Japan and Germany.  Ms. Summers has vast experience litigating cases and chairing trials on both sides of the “v” in District Courts, the Patent Trial and Appeal Board (PTAB), and International Trade Commission (ITC).  She also has argued appeals before the Federal Circuit, Ninth Circuit, Court of International Trade, and others.  She clerked for the Honorable Richard Linn and helped establish the Tokyo IP American Inn of Court, for which she received a Distinguished Service Medal.

Hal Wegner recently ended a twenty year affiliation with the George Washington University Law School where he had been Professor of Law and Director of the Intellectual Property Law Program and Director of its Dean Dinwoodey Center; most recently he served on its IP Advisory Board.  Hal continues his public policy patent interests as President Emeritus of The Naples Roundtable, Inc., and is also an independent patent expert.

Andrew Baluch is a founding partner of Smith Baluch LLP where he represents clients with complex intellectual property matters. Mr. Baluch previously served as Director of International IP Enforcement in the White House Office of the IP Enforcement Coordinator (IPEC). Prior to his White House appointment, Mr. Baluch served as Expert Legal Advisor to the Director of the US Patent & Trademark Office (USPTO). In this role, he worked with the USPTO’s Patent Trial and Appeal Board (PTAB) on designing and implementing the AIA’s new post-grant revocation procedures, and in drafting the USPTO’s 2010-2015 Strategic Plan.